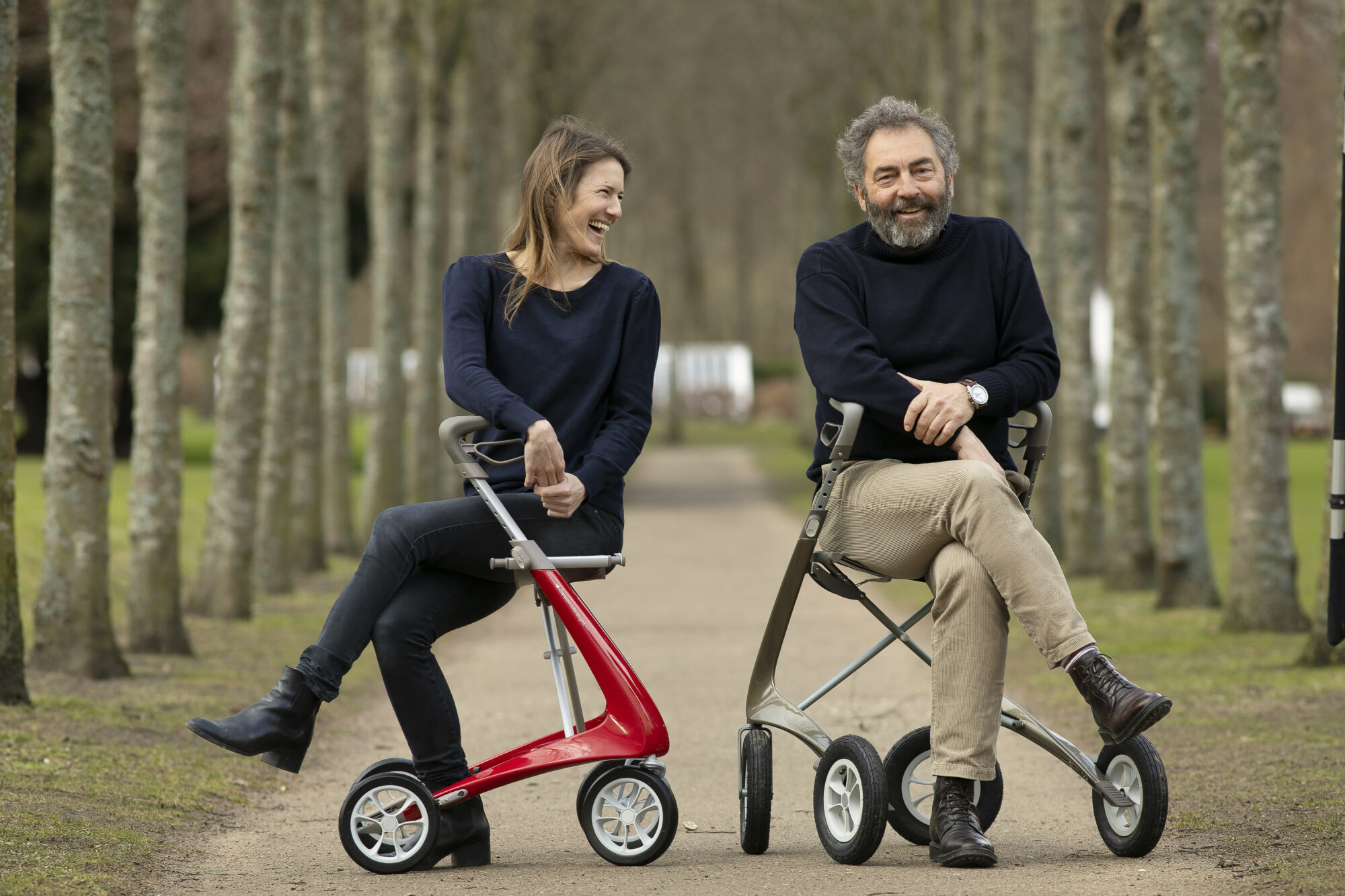 Going from producing film and TV series to designing innovative mobility aids might not seem like a logical career path, but that’s the course that Anders Berggreen, CEO of byACRE, has taken.

The Copenhagen-based business, which was recently named the grand prize winner of the FedEx Small Business Grant 2021, was co-founded by Berggreen and COO Susanne Nørmark in 2015. However, it wasn’t until later that they came up with the idea for the design-driven, carbon-fiber rollators (four-wheeled walking aids) that the company produces today.

The idea was the result of a chance meeting with the CEO of another rollator manufacturer at a product fair, where Berggreen was showing a different product. He soon found that he was seeing rollators everywhere he looked, but that they all looked the same.

“I thought about my father, who died of Parkinson’s. My grandma was 97 and she never felt old. [I thought] why can’t we make something cool for them? Let’s see if we can do something to reverse the perception of what a rollator is.”

He also spotted a business opportunity. The global mobility aid devices market was worth an estimated $7.8 billion in 2020 and is set to increase to $9.9 billion by 2028.1. But Berggreen argues that booming demand is also making existing businesses in the space lazy. “They’re growing like crazy, these stores. Turnover is going up and up,” he says.

Yet launching a new business with a product that disrupts the status quo comes with its share of challenges. A key hurdle is convincing people of the need to do things differently. Securing funding from the bank was a challenge and persuading retailers to stock the products wasn’t easy either. “They didn’t believe in us,” he explains. “We tried to go through retailers, but they were very resistant.”

Despite the difficulties, Berggreen and Nørmark have built byACRE into a thriving global business. Here are some of the lessons they’ve learned about what it takes to be a disruptor. 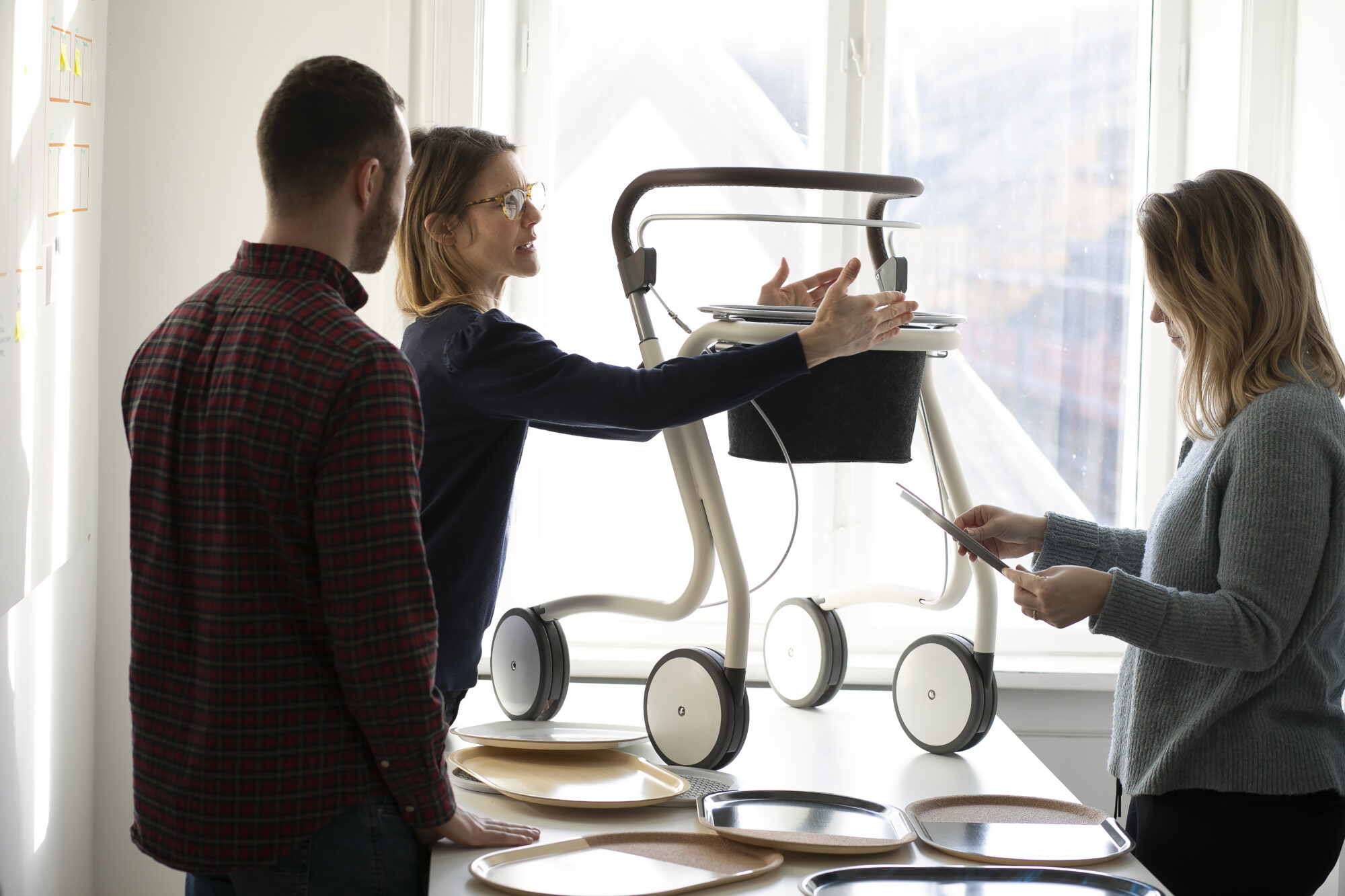 1. Put yourself in your customers’ shoes

Once they started paying attention to the rollator market, Berggreen and Nørmark quickly realized where it was falling short.

“It was obvious that this industry had a lack of design,” Berggreen explains. “We very quickly found out that was because the way [the existing companies] looked at users was as patients, not people with hopes and dreams.”

To find out what is most important to your customers, just ask them. Berggreen and his team took to the streets and asked people what they ideally wanted from a mobility device, or what they liked and disliked about the rollator they currently owned. “Then they opened up,” says Berggreen. “That discussion grew, and [we became] able to paint a picture of what was needed.”

Berggreen and Nørmark saw there was a market for a rollator designed for consumers who needed mobility aids but still wanted to travel, go out with family and friends and generally live an active life. “We simply took age out of the equation,” he explains.

2. Look outside the industry for design inspiration

Rather than looking at existing rollator designs and finding ways to improve them, the byACRE team took a different approach to designing their prototype. Berggreen explains that he wanted byAcre’s rollator to communicate “activeness”, so, as a starting point, he filled a wall with pictures of things that had an active appearance, from sharks and eagles to sports cars and fighter jets.

“When you looked at the wall you could see this organic shape, so we thought that we had to create something that had this organic shape. That’s how the design emerged,” he explains. “It was a very good process; I could sit there with my engineers and say, ‘is it active?’”

“When redesigning a product, don’t listen to the trade,” advises Berggreen. “Or if you do, remember there’s a lot of bias.” He explains how, in byACRE’s early days, retailers regularly told him that consumers weren’t interested in the type of product he was showing or wouldn’t be prepared to buy the product at the suggested price point, which was the opposite of what the team was hearing from consumers. “If you want to innovate, doing it together with the trade is difficult, almost impossible. You can deal with the trade later,” he says.

3. Find and nurture your early adopters

While a large proportion of customers that need a mobility device are older people, the byACRE team realized their products were also becoming popular with a younger and social media-savvy demographic, too.

But developing a strong online presence was always an important part of byACRE’s strategy. “Buying a rollator is a very big decision and it’s very private. Our theory was that people would start doing their research on the net,” he says.

Berggreen says that disability advocates and bloggers who post pictures of themselves going about their lives with their byACRE rollators have been among the company’s most important ambassadors, with their enthusiasm for the brand helping to spread the word.

Building the byACRE name this way translated into real-world demand, too, with customers asking in stores for products they’d seen online, Berggreen says. “Then it started to spread.”

When launching a disruptive product, Berggreen says, “just be extremely persistent”. Winning over core consumers early on helped the byACRE team to convince retailers to stock their rollators.